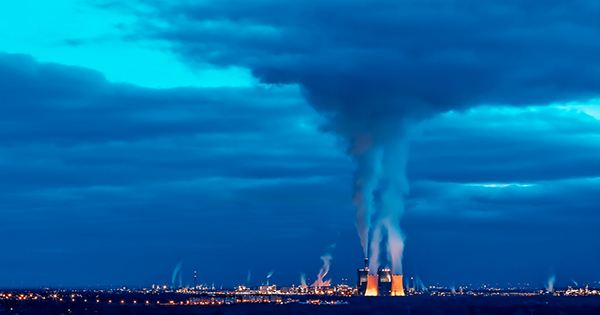 Despite the economic slowdown caused by the COVID-19 epidemic, greenhouse gas emissions in the atmosphere reached new highs last year. Despite all the memes, it appears that Earth is not healing. The information comes from the UN’s World Meteorological Organizations latest Greenhouse Gas Bulletin (WMO). They reveal that carbon dioxide concentrations reached 413.2 parts per million in 2020, which is 149 percent higher than pre-industrial levels. Methane levels are 262 percent higher than they were in the 18th century, and nitrous oxide levels are 123 percent higher.

Although the COVID-19 lockdowns resulted in a significant short-term reduction in greenhouse gas emissions, it was unable to reverse the long-term trend. In fact, all of the increases in greenhouse gas levels in the atmosphere reported in 2020 were more than the average yearly rate of growth seen between 2011 and 2020, implying that the pace of emissions increased overall. Greenhouse gases trap energy in the atmosphere, slowing the rate at which it escapes to space and so warming the Earth. According to the most recent bulletin, the warming effect of long-lived greenhouse gases on our climate grew by 47% from 1990 to 2020, with carbon dioxide accounting for about 80% of the increase.

The largest source of carbon dioxide, which is responsible for the majority of global warming, is the combustion of fossil fuels. Carbon dioxide, like water, lingers in the atmosphere for a long time. Even if greenhouse gas emissions are dramatically, reduced today, considerable amounts of carbon dioxide in the atmosphere will remain in the atmosphere for decades. The new bulletin arrives just in time for the COP26 climate change meeting in Glasgow, which begins on Sunday. The latest findings, according to WMO Secretary-General Petteri Taalas, reveal, “[w]e are significantly off course” in combating the climate catastrophe.

“The Greenhouse Gas Bulletin sends a clear, scientific message to COP26 climate negotiators. Professor Taalas said in a statement “with the current rate of growth in greenhouse gas concentrations, we will see a temperature increase by the end of this century substantially beyond the Paris Agreement limits of 1.5 to 2 degrees Celsius [34.7 to 35.6 °F] above pre-industrial levels.” “In 2015, CO2 levels in the atmosphere exceeded 400 parts per million for the first time.” Only five years later, it had risen to 413 parts per million. There is more to this than a chemical formula and graphed data. Professor Taalas continued, “It has huge negative ramifications for our daily life and well-being, for the state of our planet, and for the future of our children and grandchildren.”