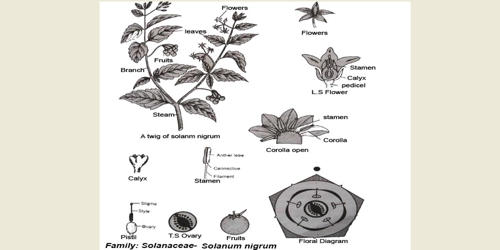 The Solanaceae include a number of commonly collected or cultivated species. Solanaceae, or nightshades, are an economically important family of flowering plants with a worldwide distribution. The Solanaceae family of vegetables include potatoes, tomatoes, eggplant, capsicum, and chilies.

Here point out identifying characteristics of the family Solanaceae:

(i) Plant: Usually shrub or herb