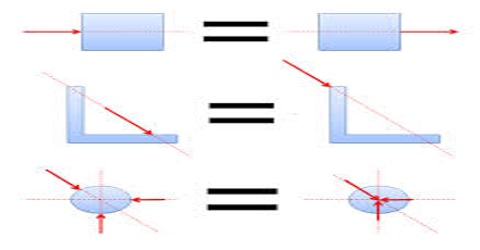 According to Newton’s second law of motion rate of change of momentum, a body will be active along the direction of the force. So, the momentum that exists along the direction of the force will be changed with time only. Even in case of many forces effect of one force on the body will not be influenced by other forces. The characteristic or feature of the forces on a body is called the independent principle of forces or physical non-independence. Physical independence defines as vertical motion doesn’t affect by the movement of horizontal motion that phenomenon is known as the principle of physical independence of forces.

What we have learned from Newton’s second law of motion are:

(i) Acceleration of a body is proportional to the applied force on the body.

(ii) When the force does not act the body does not have acceleration retardation.

(iv) When a force acts on a body it mines with acceleration.