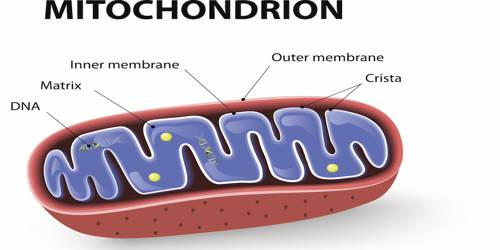 Mitochondria are known as the powerhouses of the cell. They are organelles that act as a digestive system which takes in nutrients, breaks them down, and creates energy-rich molecules for the cell. Krebs cycle, fatty acid cycle, electron transport system etc. take place in mitochondria (sing: mitochondrion). All energy producing procedure happens in mitochondria for which mitochondria are compared to the powerhouse of the cell. The number of mitochondria may vary according to the species. Usually, each cell contains average 300-400 mitochondria. Their shape may be globular, rod, thread, star-shaped or ring-shaped. The outside of mitochondria is surrounded by a bi-layered membrane. The membrane is made of the lipoprotein, which is enriched with lipid and protein. The outer membrane is smooth but the inner one has a series of unfolding into the inner cavity of mitochondria. These enfolding are called cristae. Small stalked granular bodies are arranged on the cristae and they are called autosome. The biochemical procedures of the cell are known as cellular respiration. 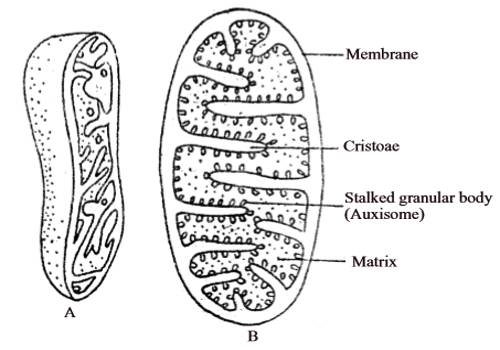 Fig: A and B L.S. of a Mitochondrion as seen under the electron microscope. (A) Three-dimensional (B) Thin L.S.

Functions of mitochondria depend on the cell type in which they are present.

Definitions of Somatic Cell and Gamete

What is Mitosis and Where does it Occur?