There are five model of organizational behavior, such as-

To overcome the shortcomings of the Autocratic model, the custodial model came into existence. The insecurity and frustration felt by the workers under the autocratic model sometimes led to aggression towards the boss and their families. To dispel this feeling of insecurity and frustration, the need was felt to develop a model which will improve the employer-employee relations. The custodial model was used by the progressive managers.

Some of the important features of this model are as explained below:

The supportive model has originated from the ‘Principles of Supportive Relationships.” The main features of this model are as follows:

The collegial model is an extension of the supportive model. The Dictionary meaning of collegial is a body of persons having a common purpose. As is clear from the meaning. this model is based- upon the partnership between employees and the management.

The features of this model are as follows:

An emerging model of organizational behavior is the system model. It is the result of a strong search for higher meaning at work by many of today employees. They want more than a paycheck and job security from their job. In this model helps for the gowning sense of community among co-worker. Under the system, model manager tries to convey to each other that you are an important part of your whole system. We sincerely care about of you. We want to join together to achieve a better product or service local community of the employee. Trust in the employee psychology operative explain the best model of the organizational model. 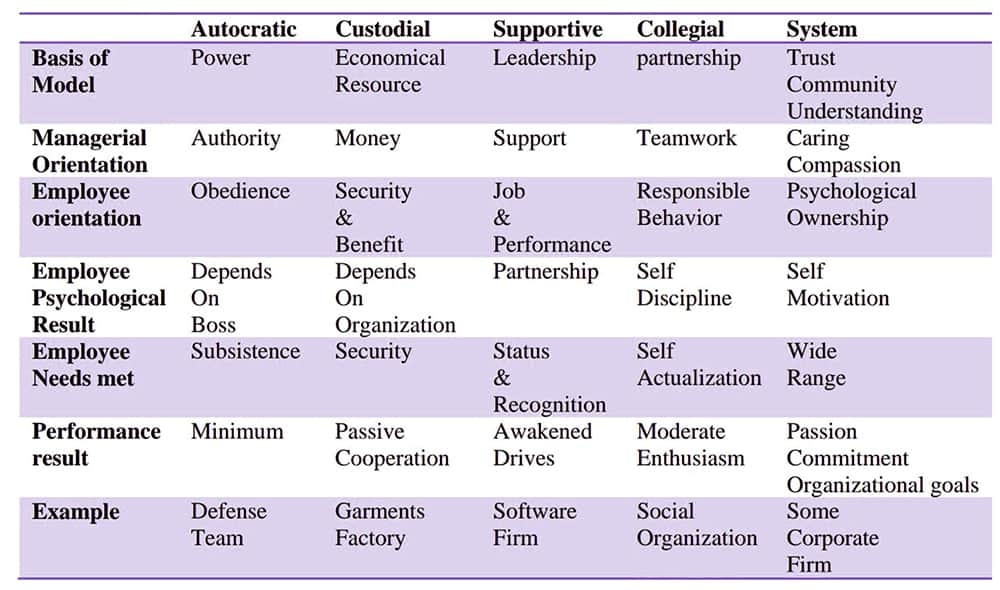 Why Should Managers Study Organizational Behavior?

Differences between Autocratic and Supportive Model of OB