Home Business Nature of People in an Organization 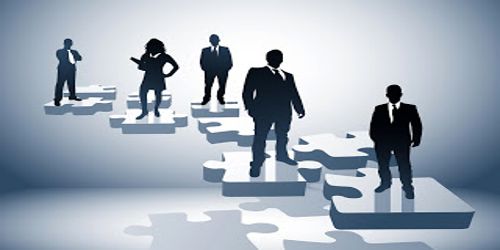 Nature of People in an Organization

People nature diversifies with their attitude. The nature of the people is as follows.

A negative attitude in the workplace is expressed as cynicism about job tasks, a disinterest in working with others and insubordination toward authority. The negative attitude may be subtle; for example, the employee may come in late or make frequent sarcastic comments. Both overt and discreet expressions have ramifications on an office environment. Dorene Ciletti, author of “Market Yourself”, states that a worker who exudes a negative attitude tends to be monitored carefully and is unlikely to be promoted. Coworkers also express caution about working with an individual who may weigh the project down with his bad attitude.

An employee with a positive attitude shows enthusiasm and curiosity about his/her job. S/he is invested in the outcome of projects and the company as a whole. Harold Wallace, an author of “Personal Development for Life and Work,” explains that an employee with a positive attitude has the potential to electrify the entire workplace. Such an attitude has the potential to increase worker productivity and overall job satisfaction.

An apathetic attitude is one of listlessness, procrastination, indifference, and laziness. Expansions of this mentality include turning in projects late, not paying attention to meeting and disinterest in learning new job functions. An apathetic attitude has the potential to ruin deadlines and create sub-par work. John Lee, an author of “You’re Hired,” states that some companies describe this trait to candidates with gaps in their employment history.

A worker displaying a creative attitude finds ingenious solutions to most every problem. He takes an unconventional yet ethical approach to his job and incorporates tested methods with new ideas. A creative attitude creates value for the firm and gives the business a competitive advantage. Employing a creative attitude requires the worker to abide by the parameters of the office while at the same time challenge inefficient methods.

Features or Characteristics of Strategic Management