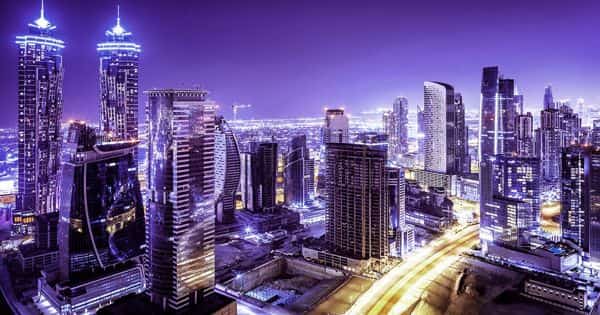 Researchers created a set of AI tools that can automatically identify the characteristics of every building in a city and calculate the risks they would face in the event of a natural disaster. The tools were tested in San Francisco with simulated earthquakes and hurricanes in Lake Charles, Louisiana, the Texas coast, and Atlantic City, New Jersey. The simulations produced realistic spatial distributions of buildings and correctly identified some building characteristics.

Artificial intelligence is opening up new opportunities in a variety of fields, including business, industrial design, and entertainment. But what about civil engineering and urban design? How might machine- and deep-learning help us create safer, more sustainable, and resilient built environments?

A team of researchers from the NSF NHERI SimCenter, a computational modeling and simulation center for the natural hazards engineering community based at the University of California, Berkeley, has developed a suite of tools known as BRAILS – Building Recognition using AI at Large-Scale – that can automatically identify characteristics of buildings in a city and even detect the risks that a city’s aging infrastructure poses.

According to Charles (Chaofeng) Wang, a postdoctoral researcher at the University of California, Berkeley and the project’s lead developer, the project arose from a need to quickly and reliably characterize the structures in a city.

“We want to simulate the impact of hazards on all of the buildings in a region,” Wang explained, “but we don’t have a description of the building attributes.” “There are millions of buildings in the San Francisco Bay area, for example. We are able to obtain the necessary information by utilizing AI. We can use images and other data sources to train neural network models to infer building information.”

Researchers developed a suite of AI tools that can automatically identify characteristics of every buildings in a city and compute the risks they would face during a natural hazard event. The team tested the tools with simulated earthquakes in San Francisco; and hurricanes in Lake Charles, Louisiana, the Texas coast, and Atlantic City, New Jersey.

The SimCenter recently released BRAILS 2.0, which includes modules for predicting a broader range of building characteristics. Occupancy class (commercial, single-family, or multi-family), roof type (flat, gabled, or hipped), foundation elevation, year built, number of floors, and whether a building has a “soft-story” – a civil engineering term for structures with ground floors with large openings (like storefronts) that may be more prone to collapse during an earthquake.

The basic BRAILS framework created by Wang and his colleagues automatically extracts building information from satellite and ground level images drawn from Google Maps and merges it with data from various sources, including Microsoft Footprint Data and OpenStreetMap – a collaborative project to create a free editable map of the world. To supplement the computer vision component, the framework also allows you to combine this data with tax records, city surveys, and other information.

“Given the importance of regional simulations and the requirement for large inventory data to execute these, machine learning is really the only option for making progress,” SimCenter Principal Investigator and co-Director Sanjay Govindjee said. “It’s exciting to see civil engineers learning new technologies and putting them to use on real-world problems.”

The SimCenter recently launched a project on Zooniverse, a citizen science web portal, to collect additional labelled data. The “Building Detective for Disaster Preparedness” project allows the general public to identify specific architectural features of structures such as roofs, windows, and chimneys. Additional feature extraction modules will be trained using these labels.

“We launched the Zooniverse project in March, and within a few weeks, we had a thousand volunteers and 20,000 images annotated,” Wang explained.

Because no data source is complete or completely accurate, BRAILS performs data enhancements to fill in gaps using logical and statistical methods. It also computes the degree of uncertainty in its estimates.

After individually developing and testing the accuracy of these modules, the team combined them to create the CityBuilder tool within BRAILS. When you enter a city or region into CityBuilder, it will automatically generate a characterization of every structure in that area.

Wang and his colleagues conducted a series of validation demonstrations, or testbeds, to determine the accuracy of the AI-derived models. Based on historical or plausible events, each testbed generates an inventory of structures and simulates the impact of a hazard.

The team has built earthquake testbeds in San Francisco, as well as hurricane testbeds in Lake Charles, Louisiana, the Texas coast, and Atlantic City, New Jersey. “We have two goals,” Wang explained. “First, to reduce future damage by running simulations and providing results to decision- and policy-makers. Second, use this data to quickly simulate a real-world scenario — immediately after a new event, before the reconnaissance team is deployed. We hope that near-real-time simulation results will aid in more accurate emergency response planning.”

In the February 2021 issue of Automation in Construction, the team outlined their framework. They demonstrated how their neural network could generate realistic spatial distributions of buildings in a region and how it could be used for large-scale natural hazard risk management using five coastal cities in New Jersey.

At the 2021 Workshop on SHared Operational REsearch Logistics in the Nearshore Environment, the team presented a testbed for Hurricane Laura (2020), the strongest hurricane to make landfall in Louisiana (SHORELINE21).

“For some models, like occupancy, we are seeing the accuracy is close to 100%,” Wang said when asked about the performance of BRAILS. “For other modules, like roof type, we’re seeing 90% accuracy.”

The researchers used supercomputers at the Texas Advanced Computing Center (TACC) to train the BRAILS modules and run the simulations, including Frontera, the world’s fastest academic supercomputer, and Maverick 2, a GPU-based system designed for deep learning.

“For one model, training could take a few hours,” Wang explained. “However, this depends on the number of images, the number of GPUs, the learning rate, and other factors.” TACC, like the SimCenter, is an NSF NHERI-funded partner. TACC created and maintains the DesignSafe-CI (Cyberinfrastructure), a platform for computation, data analysis, and natural hazard researchers.

“This project is a great example of how advanced computing through DesignSafe can enable new avenues of natural hazards research and new tools, with many components of NHERI working together,” said Ellen Rathje, principal investigator of the DesignSafe project and professor of civil engineering at The University of Texas at Austin.

The SimCenter Regional Resilience Determination (R2D) tool is designed to work in tandem with BRAILS/CityBuilder. R2D is a graphical user interface for the SimCenter application framework that is used to calculate the regional impact of natural disasters. Its outputs include the damage state and loss ratio of each building across an entire city or region, as well as the degree of confidence in the prediction.

“Hazard event simulations, which involve applying wind fields or ground shaking to thousands or millions of buildings to assess the impact of a hurricane or earthquake,” Wang explained. “Depending on the size of the simulation, it typically takes hours to run on TACC.”

Wang believes that TACC is an ideal setting for this research. It handles the majority of the computation required by his team. “Working on NSF DesignSafe projects allows me to compute almost without limits. It’s fantastic.”

To make our communities more resilient to natural disasters, we need to know how much damage will be done in the future so that residents and policymakers can decide whether to strengthen buildings or relocate people.

“That’s what simulation and modeling can do,” Wang explained. “It’s all in the name of creating a more resilient built environment.”