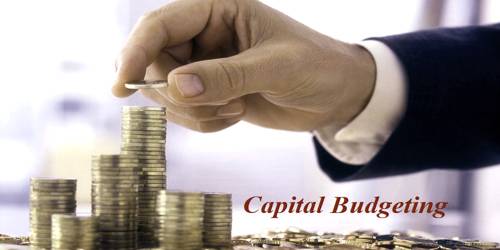 Capital Budgeting may be defined as the decision making the process by which a firm evaluates the purchase of major fixed assets including – building, machinery and equipment. It is a step by step process that businesses use to determine the merits of an investment project. It is important because it creates accountability and measurability. It is a company’s formal procedure used for evaluating possible expenditures or investments that are important in amount.

Idea generation: Taking an idea and collecting information about the projects. The first step towards capital budgeting is to generate a proposal for investments. We have to form idea generation. We have to take information from the market which helps to take an idea. It could be a proposal to either increase the production or reduce the costs of outputs.

Project selection: We have many projects but we don’t accept all. We have many techniques for accepting these projects. Such as – NPV, IRR, ARR etc. Using this method we may choose the best alternative. Once the proposal has been finalized, the different alternatives for raising or acquiring funds have to be explored by the finance team.

Project evaluation: We have evaluated all projects and so -that we can take be gone. The best alternative should be accepted. This has to match the objective of the firm to maximize its market value. The tool of the time value of money comes handy in this step.

Feedback: The work is done in before that is feedback. Once the project has been implemented the next step is to compare the actual performance against the projected performance.

Why debt is called as the cheapest source of finance?

Concept of Stock of Beta

Pros and Cons of Housing a Project in Functional Form