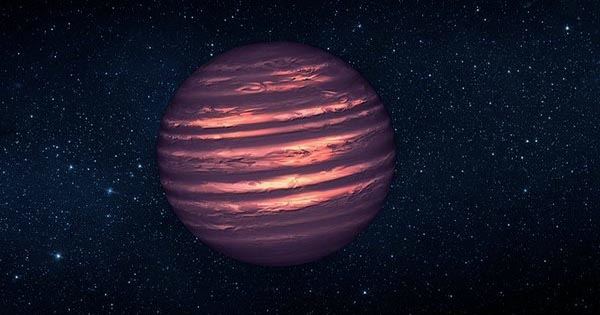 Brown dwarfs occupy the space between stars and a planet, never achieving the mass required to initiate nuclear fusion, the process that gives stars their radiance. More than 2,000 have been discovered so far, but one recent addition stands out from the others, earning it the moniker “The Accident.” However, there could be a lot more like it.

Brown dwarfs are generated by transforming the gravitational potential energy of the material they pull in, making them extremely hot. However, because they have no source of heat other than the disintegration of radioactive elements, they cool down with time, and we can tell the age of brown dwarfs by their temperatures, or at least we could until The Accident.

According to an article published in the Astrophysical Journal Letters, the Accident, also known as WISEA J153429.75-104303.3, resists regular methods of temperature monitoring and was only discovered by chance. When compared to other brown dwarfs, this one is quite little. At some wavelengths, the Accident is bright, while at others, it is dim.

In a statement, lead author Dr. Davy Kirkpatrick of Caltech noted, “This thing defied all our assumptions.” According to Kirkpatrick and co-authors, The Accident is roughly 13 billion years old, implying that it formed not long after our galaxy, and it is presently the coolest brown dwarf known, cold enough to freeze water.

That explains why it is so dim at some wavelengths, but the reason for its brightness at other wavelengths is more complicated.

Methane is abundant in the atmospheres of most brown dwarfs. Methane is a powerful greenhouse gas because it absorbs particular wavelengths of infrared radiation. These brown dwarfs become dim at the relevant wavelengths as a result of this. It would explain The Accident’s relative brightness in those areas of the infrared spectrum if it had essentially little methane.

The accident, according to the authors, occurred before the first stars dispersed carbon across the cosmos, and without carbon, there can be no methane.

“Finding a brown dwarf this old isn’t surprising, but finding one in our garden is,” said co-author Dr. Federico Marocco. The Accident, the fourth closest brown dwarf discovered so far, is about 50 light-years away. “We expected brown dwarfs this old to exist, but also that they would be quite rare. It could be a lucky coincidence that we found one so near to the Solar System, or it could mean they’re more common than we thought.”

That doesn’t rule out the possibility that there are enough brown dwarfs to make up the galaxy’s dark matter, as some have speculated, but it does suggest that they could be key galactic components.

Other possibilities, such as an evicted exoplanet or a star stripped of its core, have been proposed to explain The Accident, but the report reveals that these are extremely unlikely.

The Accident, on the other hand, earned its name not because it happened to be close, but because of how it was discovered. The Wide-field Infrared Survey Explorer space telescope captured images of it as part of its revitalized (or NEOWISE) mission, but professional astronomers missed it due to its faintness.

5,000 Tons Of Extraterrestrial Particles Rain Down On Earth Every Year