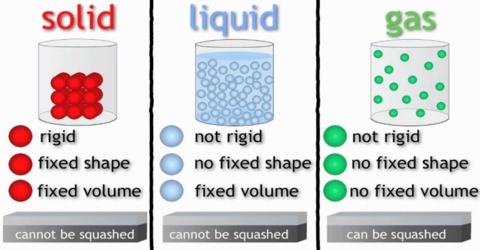 During the past decades much progress has been made in the understanding of the gaseous and solid state of matter. Our knowledge about the liquids is still very meager.

X-ray diffraction studies of liquids, study of the phenomenon of fusion, viscosity at liquids etc. have led to several approaches to a theory of liquid.

Close to the critical temperature a liquid may be regarded as an imperfect gas, as at the critical point there is no distinction between liquid and vapour. On the other hand, near the freezing point the liquid may be considered as similar to a crystal except that the well ordered arrangement of units does not extend beyond a number of molecules. This view is supported by X-ray studies. The situation is called short-range order and long-range disorder. 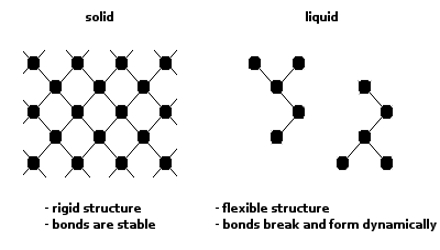 A model of a liquid in which a molecule moves in some small volume or “cell”, or “cage” and that it is generally confined to this cell by the neighboring molecules has been advanced. The molecules are also moving about, and the cell is, therefore, not of a fixed geometry. The volume in which the centre of molecule is free to move is called the free volume. This can be related to some of the thermodynamic properties of the liquid, such as the entropy of vaporization. In another approach the free volume that is distributed throughout the liquid ‘cells’ is replaced by ‘holes’ or ‘vacancies’ in the liquid structure. The ‘holes’ or ‘vacancies’ can move about within the liquid volume. Molecules close to such a vacancy would have the properties of a gas, whereas molecules far from a vacancy would have solid-like properties. None of these approaches, however, explains all the known facts about liquids and attempts are constantly being made to formulate a satisfactory theory of liquids.