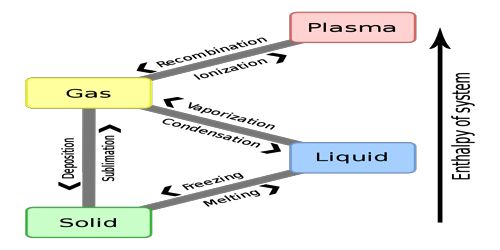 When more than one reacting eases are involved in a chemical reaction, the overall rate will depend on the relative extent of adsorption of the different gases. If one of the gases is more strongly adsorbed and covers a large fraction of the surface with an adhering film the rate would be mainly governed by the adsorption of the other constituent on the bare part of the surface. In the combination of ethylene and hydrogen on copper surface around 0°C, ethylene is strongly retained on the surface leaving a small free surface and thus retards the reaction. The rate would be controlled by the adsorption of hydrogen on the bare surface. Thus although the reaction is bimolecular, kinetically it would behave like a first order one. The rate expression assumes the form:

Such cases are analogous to auto-retardation. The same reaction when studied at 200°C appears to be kinetically second order. On raising the temperature the surface becomes nearly bare and the rate is governed by the adsorption of both the reactants in close proximity. At high temperature the rate equation has been found experimentally to be