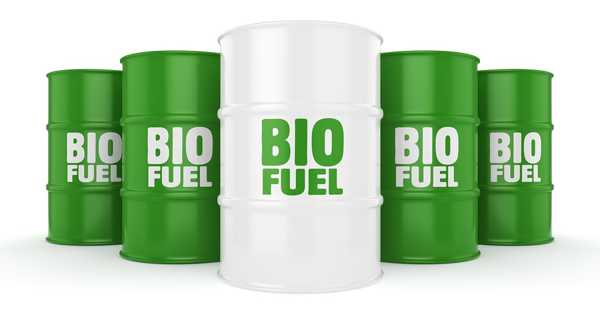 Over the last decade, marine shipping traffic has increased steadily, as have the associated greenhouse gas emissions. Ships’ carbon emissions increased by nearly 10% between 2012 and 2018, and the industry is a major consumer of petroleum fuel.

According to a study conducted by researchers at the U.S. Department of Energy (DOE) and the Department of Transportation, substituting biofuel could reduce the number of greenhouse gases and other pollutants entering the air from ocean shipping. The study discovered that, when compared to conventional heavy fuel oil, biomass-based fuel could reduce greenhouse gas emissions by 40 to 93 percent.

According to the United Nations’ International Maritime Organization, if nothing changes, greenhouse gas emissions from shipping could be 40% higher in 2050 than they are today (IMO). Instead, the IMO has set a goal of reducing those emissions by at least half.

Substituting biofuel could reduce the number of greenhouse gases and other pollutants entering the air from ocean shipping, according to a study by researchers.

Shipping is also a significant source of sulfur oxides and soot or particulate matter emissions, both of which degrade air quality and have been linked to human health issues. The International Maritime Organization (IMO) recently imposed new fuel standards aimed at reducing sulfur oxide emissions by requiring lower sulfur concentrations in shipping fuel.

“The push to reduce pollutants in shipping is an emerging opportunity for biofuels, but the potential impact has gone relatively unexplored,” said Troy Hawkins, a scientist at DOE’s Argonne National Laboratory and co-author of the study, which was published in the journal Environmental Science & Technology. “Our analysis found biofuels can significantly reduce shipping emissions while remaining cost-effective.”

The vast majority of cargo ships now run on heavy fuel oil, which is inexpensive and energy-dense but extremely polluting to burn. “These engines are multiple stories tall and so massive that you could climb inside them,” Hawkins explained. “They’re massive, and they’re burning hundreds of millions of tons of thick, tar-like fuel to transport cargo around the world.”

The study looked at the costs and emissions of biofuel alternatives like bio-oil and renewable diesel made from wood waste or fats like used cooking oil. They also investigated blends of these biobased feedstocks with petroleum-based feedstocks such as petroleum, natural gas, and coal.

The researchers used Argonne’s Greenhouse Gases, Regulated Emissions, and Energy Use in Transportation model to conduct the emissions analysis (GREET). GREET is an analytical tool that calculates the energy and environmental impacts of various fuels over their entire life cycle. Instead of focusing solely on the energy consumed and emissions produced when a fuel is burned, a life-cycle analysis considers the entire process, including extraction, refining, and transporting the fuel to users.

The GREET model is a well-known tool for analyzing the life cycle of transportation and other technologies. Argonne researchers significantly expanded the fuel pathways considered for marine shipping for this study. Their colleagues at the Pacific Northwest National Laboratory (PNNL) and the National Renewable Energy Laboratory (NREL) compared the costs of the various fuels. They discovered that 100 percent of biofuel options reduced emissions by up to 93 percent when compared to heavy fuel oil and were also the least expensive of the alternative fuel pathways studied.

Across the board, biofuels reduced emissions of greenhouse gases, sulfur oxides, and particulate matter—and at prices that could be competitive with heavy fuel oil if incentives like California’s Low Carbon Fuel Standard are taken into account. Because of the low sulfur content of the biobased feedstocks, the biofuels studied reduced sulfur oxide emissions by 97 percent or more, while particulate matter emissions decreased by 84 to 90 percent.

The study, funded by the Department of Transportation’s Maritime Administration and the DOE’s Bioenergy Technologies Office within the Office of Energy Efficiency and Renewable Energy, is part of a larger effort at DOE to investigate the feasibility of using biofuels to reduce cargo ship emissions. DOE also recently announced a collaboration with the governments of the United States, Denmark, and Norway to develop zero-emission shipping technologies as part of Mission Innovation, a global initiative to accelerate affordable, accessible clean energy solutions.

The datasets developed in the recent study are publicly available and could help with the evaluation of fuels to meet California’s Low Carbon Fuel Standard, which takes a similar life-cycle view of fuels to encourage the lowest carbon intensity options. Eric Tan and Ling Tao of NREL, Uisung Lee and Michael Wang of Argonne, Pimphan Meyer of PNNL, and Tom Thompson of the Maritime Administration are co-authors with Hawkins.

“This research provides a foundation for fairly assessing marine shipping fuels,” Hawkins said. “With a plethora of cleaner shipping options on the horizon, our goal is to assist decision-makers in determining which ones offer the best potential for mitigating greenhouse gas emissions and are the most cost-effective to pursue.”