Home Geology Surface Pressure and Winds in the Winter Season 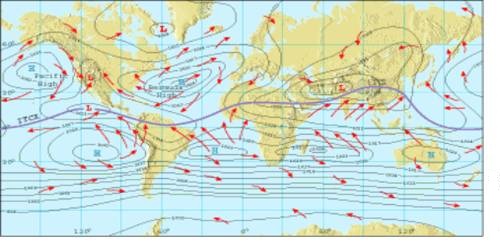 Mechanism of Surface Pressure and Winds in the Winter Season in Indian Subcontinent:

In winter months, the weather conditions over India are generally influenced by the distribution of pressure in Central and Western Asia. A high-pressure center in the region lying to the north of the Himalayas develops during winter. This center of high pressure gives rise to the flow of air at the low level from the north towards the Indian subcontinent, south of the mountain range. The surface winds blowing out of the high-pressure center over Central Asia reach India in the form of a dry continental air mass. These continental winds come in contact with trade winds over northwestern India. The position of this contact zone is not, however, stable. Occasionally, it may shift its position as far cast as the middle Ganga valley with the result that the whole of the northwestern and northern India up to the middle Ganga valley comes under the influence of dry northwestern winds. 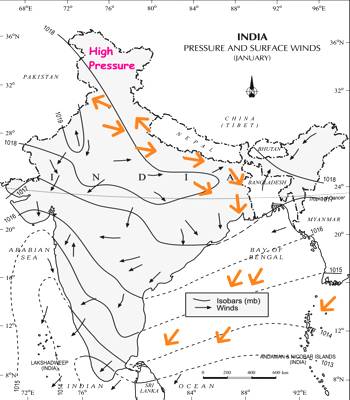