Home Physics What is Analogue Signal? 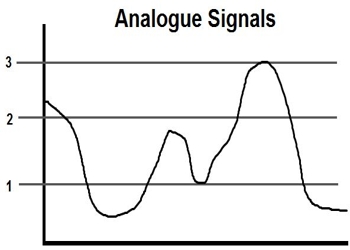 An analogue signal will resemble the original speech or music by having the frequency or amplitude of the wave go up and down in the same way as the sound in speech or music goes up and down. The word “analogue” means “similar” or “corresponding”.

Information in the form of an analogue signal can be added to another electromagnetic wave which is used for transmission. This wave carries the analogue signal and is called the carrier wave.

What is Load Shedding?