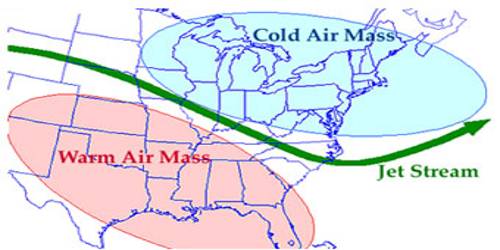 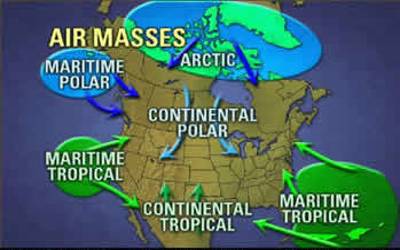 The source region of the air mass helps us classify it even further, and for this, we have three categories. Arctic air masses occur over arctic regions, like Greenland and Antarctica. Polar air masses occur a little bit farther from the poles, like in Siberia, Canada and the northern Atlantic and Pacific Oceans.