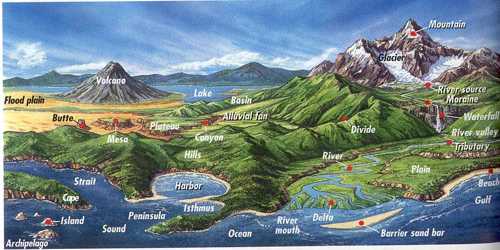 Important aspects of evaluation of landforms

Landforms are naturally occurring formations or areas of land. Each landform has its own physical shape, size, materials and is a result of the action of certain geomorphic processes and agent(s). The evolutionary history of the continually changing surface of the earth is essential to be understood in order to use it effectively without disturbing its balance and diminishing its potential for the future. Geomorphology deals with the reconstruction of the history of the surface of the earth through a study of its forms, the materials of which it is made up and the processes that shape it. 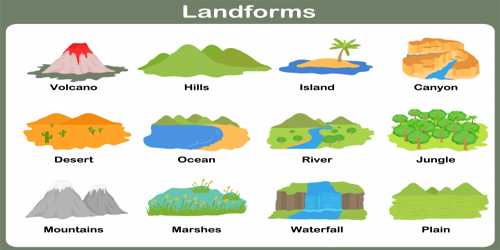 Changes on the surface of the earth owe mostly to erosion by various geomorphic agents. Of course, the process of deposition too, by covering the land surfaces and filling the basins, valleys, or depressions, brings changes in the surface of the land. Deposition follows erosion and the depositional surfaces too are ultimately subjected to erosion. Running water, ground-water, glaciers, wind, and waves are powerful erosional and depositional agents shaping and changing the surface of the earth aided by weathering and mass wasting processes. These geomorphic agents acting over long periods of time produce systematic changes leading to the sequential development of landforms. Each geomorphic agent produces its own assemblage of landforms. Not only this, each geomorphic process and agent leave their distinct imprints on the landforms they produce.