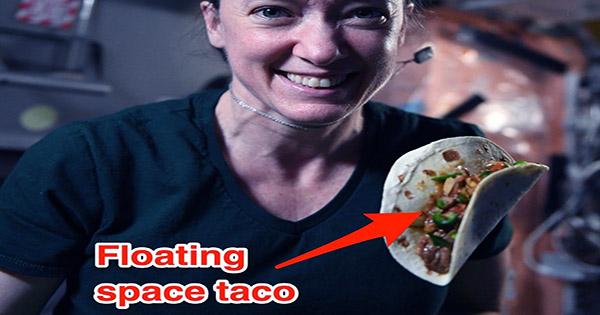 From freeze-dried powders to astronaut meals, a long way has traveled. Now, astronauts are even producing some of their own food in space. Growing chile peppers, which astronauts have used to spice up tacos in space, is the most recent advancement in this approach.

Freshly cultivated food will undoubtedly assist long-duration space missions. The days of sailors dying of scurvy on lengthy journeys may be behind now that we know which vitamins we need to replenish, but producing food on board makes for a lot more enjoyable diet. It also implies that considerably less weight has to launch into space, and antioxidants would mitigate radiation-related damage.

As a result, NASA is experimenting with growing foods on the International Space Station, announcing in July that one of the three plant growth chambers had been planted with Hatch chile peppers. It is not usually simple to grow seeds in microgravity, but the peppers did well. They were aided pampering – in the Advanced Planet Habitat (APH), for example, fans were carefully set to agitate their blossoms and exchange pollen, as well as supplemental hand pollination.

Despite this, the peppers produced less fruits on the ground than would be expected for unknown reasons. Nonetheless, there was enough yield for some seeds to be extracted, allowing the astronauts to grow a second generation of peppers. Other peppers given the option of being consumed on board or sent to Earth for study.

One of the seven astronauts on board, Mark Vande Hei, had the distinction of executing the harvest. Megan McArthur, who was the last person to handle the Hubble Telescope on a repair mission and is currently on her second trip, took advantage of the still-green peppers to prepare a space taco.

The peppers were cultivated in the APH, which is a plant incubator the size of a small oven. The meat came from Earth, and the tomatoes will presumably be fresh rather than rehydrated shortly, but rearing cattle in space is definitely a long way off. Tortillas are a common snack on board because they create fewer crumbs than other breads, which alleviate one of the biggest drawbacks of life in low gravity. Since 2016, NASA has been successful in growing lettuces, cabbage, mustard, and kale in space, albeit not all at the same time to make a salad.