Group can be classified into many forms. Basically, groups are classified as formal and informal. 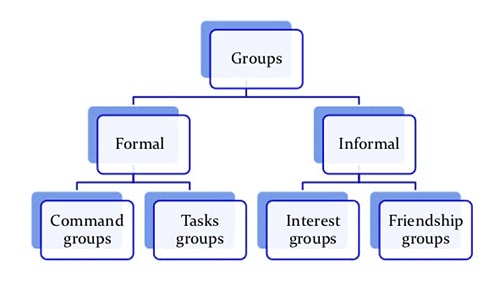 Formal Group: By formal group, we can define the organization’s structure, with designed work assignments establishing task. Informal groups, the behavior that team member should engage in are stipulated by and directed toward organizational goals.

A formal group can be divided into the Command group and Task group.

Informal Groups: In the consist of informal groups are alliances that are neither formally structured nor organizationally determine. These groups are natural formations in the work environment that appear in response to the need for social contact.

What is Group Behavior?