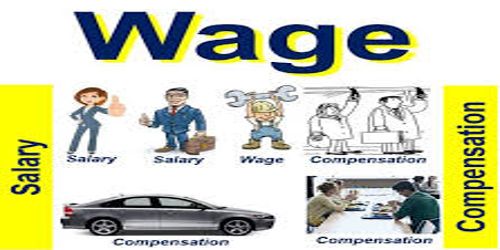 Differentiate between Wage and Salary

The words wage and salary are sometimes considered synonymous strictly speaking however they have slightly different meaning. Wage refers to at an hourly rate of pay and is the pay basis used most frequently for production and maintenance employees. Salary refers to a weekly, monthly, or yearly rate of pay.

The difference between wage and salary defines more than how much you end up making per year. We use the terms to often describe differences in types of work, as well as what is actually counted in the final total. Differences between wages and salary are as follows:

Types or Classification of Meeting