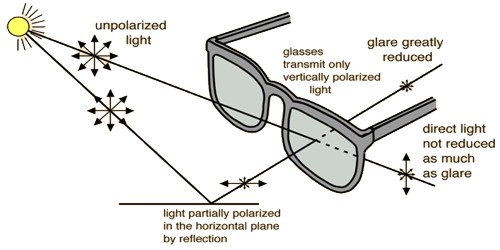 A Polaroid is a material which polarizes light. It consists of microcrystals of herapathite. Each crystal is a doubly refracting medium, which absorbs the ordinary ray and transmits only the extraordinary ray.

The modern polaroid consists of a large number of ultramicroscopic crystals of herapathite embedded with their optic axes, parallel, in a matrix of nitrocellulose. Recently, new types of Polaroid are prepared in which thin film of polyvinyl alcohol is used. These are colorless crystals that transmit more light, and give better polarization.

What are the Condition for Sustained Interference?

Reflection of Light by Mirror

Define and Describe on Newton’s Rings