Parthenogenesis is the generation of offspring through unfertilized eggs. It is a reproductive strategy that involves the development of a female gamete (sex cell) without fertilization. It occurs usually among lower plants and invertebrate animals (particularly rotifers, aphids, ants, wasps, and bees) and rarely among higher vertebrates. Usually, it is classified among asexual reproductive strategies; however, it is more like a particular type of sexual reproduction since female gametes generated by meiosis are involved in the procedure. 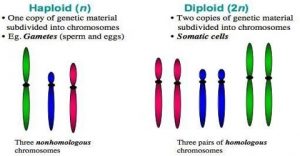 Example: Parthenium argentatum. This type of parthenogenesis has the potentiality to generate hundreds of descendants in a short lapse as a detriment to the genetic variability.

Comparison between Endodermis and Epidermis