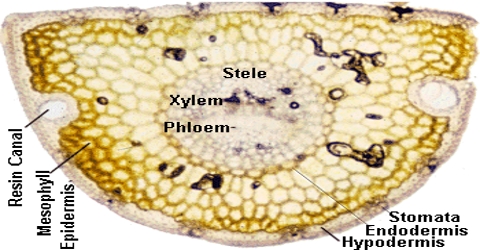 The hypodermis is the outmost cell layer of the cortex of plants. It is the outermost layer of cells in the plant cortex, lying immediately beneath the epidermis. These cells are sometimes adapted to give further structural support or to store food materials or water. For example, in pine leaves; forming an extra protective layer or a water storage tissue. It is also known as exodermis. 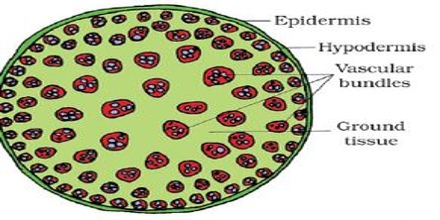 Function of the Endodermis in Plants