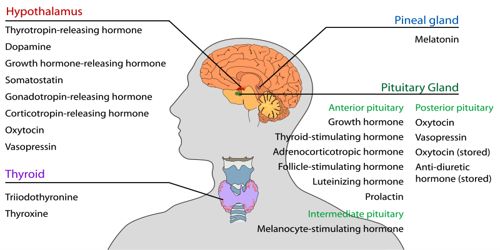 These neurons originate in various parts of the hypothalamus and send their nerve fibers into the median eminence and the tuber Cinerama, an extension of hypothalamic tissue that extends into the pituitary stalk. The endings of these fibers are different from most endings in that their function is not to transmit signals from one neuron to another, but to secrete the hypothalamic releasing and inhibiting hormones. Specific hypothalamic hormones bind to receptors on specific anterior pituitary cells, modulating the release of the hormone they produce.

The hypothalamic hormones are referred to as releasing hormones and inhibiting hormones, reflecting their influence on anterior pituitary hormones. 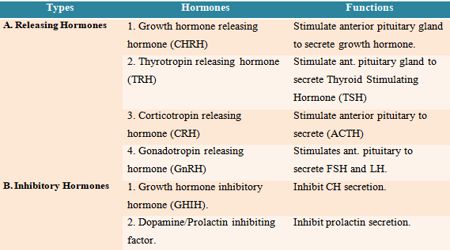 Growth hormone has both Diabetogenic and Ketogenic effect – Explain