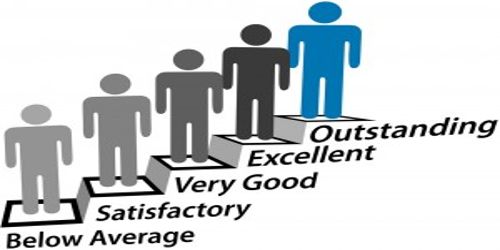 Performance Evaluation is the methodical assessment of the performance of employees and to understand the abilities of a person for further development and progress. It is also known as performance rating, employee assessment, performance review, merit rating, etc.

Essay method: The essay or free-form appraisal method requires the manager to write a short essay describing each employee’s performance during the rating period. The rater usually is given a few general headings under which to categorize comments.

Checklist method: The checklist is composed of a list of statements or words. Raters check statements most representative of the characteristics and performance of employees.

Management by Objectives (MBO): Management by objectives specifies the performance goals that individual hope to attain within an appropriate length of time. The objectives that each manager sets are derived from the overall goals.

In this case, an individual’s performances are evaluated by comparing with others performance.