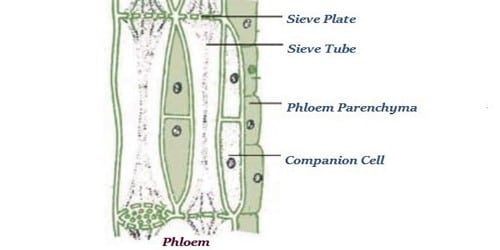 Phloem tissue: The kind of tissue, made of some living and dead cells which have the chief function to conduct prepared food materials from leaf to different parts of the plant body is called phloem tissue. It is the complex tissue, which acts as a transport system for soluble organic compounds within vascular plants.

The phloem tissue consists of the following four elements 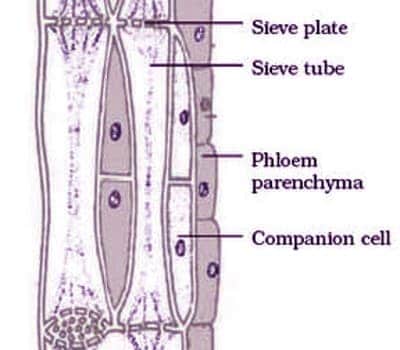 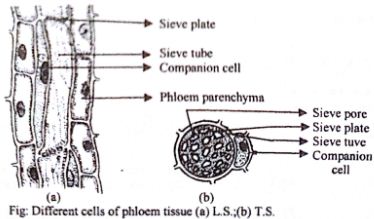