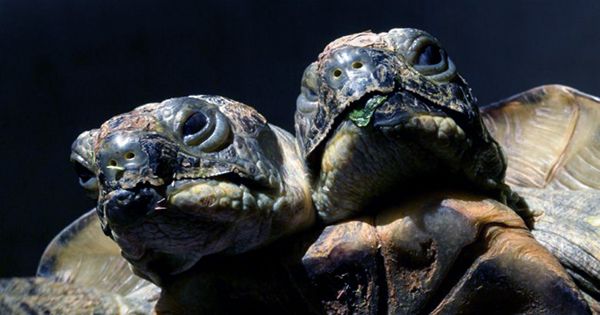 Last week, conservation workers discovered two turtles sharing an egg during a nest excavation by the Juara Turtle Project (JTP) in Tioman, Malaysia, which shared on Facebook. Twinning in sea turtles is a rare phenomenon with unknown causes and consequences for the turtles’ survival. As a result, while the hatchlings in this case never made it out of the egg, their existence is a fascinating academic discovery. Green turtles (Chelonia mydas) were the twins, one of several species that return to Juara in Malaysia’s Tioman Island to lay eggs on the sandy beach. JTP, which strives to boost the world turtle population by safeguarding egg clutches, studying hatchlings, and allowing their release, has given turtles hatching here a head start in life. JTP also works with egg collectors, paying them a fair wage to help fund the initiative as a long-term alternative to poaching that benefits both the local population and the animals.

When a turtle lays its eggs, JTP carefully removes them from the nest and reburys them in a safe environment (the hatchery) where they can develop free of natural and fabricated hazards. When a clutch of hatchlings emerges, the crew collects information on them before releasing them into the sea. They excavate the nest after a few days for “stragglers” (turtles still alive who missed the surface-side wiggling boat) and dead embryos to learn why some nests are more successful than others are.

During a recent excavation, the team discovered a pair of twins sharing an egg, which JTP claims is unusual but has recorded all around the world.

“In sea turtle twinning cases, there are two general distinctions,” JTP told IFLScience. “The hatchlings could be conjoined twins or totally separated twins. A case of entirely separated green turtle twins of equal size sharing a common yolk sac recently discovered at JTP. “Out of a batch of 105 eggs transplanted into our hatchery, the twins were among the 5 unhatched eggs.”

Unfortunately, the hatchling twins did not survive in this case, which could have been owing to two turtles fighting for resources inside the egg. However, the twins were at an advanced stage of development, and two turtles emerging alive from a single egg is not uncommon, with some even surviving as conjoined twins.

You never know who will emerge from (or what will be found inside) a turtle egg, as JTP has discovered over the years.

“Over the years, JTP has documented multiple incidences of albinism and leucism in hatchlings, both of which include genetic variables playing a crucial part in the pigmentation anomalies,” they stated. “In addition, we’ve encountered a case of conjoined twins, where two heads shared a single body with a single pair of front and hind flippers.”

Illegal trade, fishing bycatch, loss of nesting areas, marine pollution, and climate change are all threatening turtles around the world, but there is a lot you can do to help. Many organizations, including JTP, accept volunteers, and you can help them by sponsoring a nest or making donations. Making simple, long-term improvements to your plastic usage and tourist behavior can make a great difference in keeping the turtles’ environment clean and respecting their space by not touching any turtles you observe in the wild. Visit the Juara Turtle Project website for additional information on how you can help turtles in the wild.