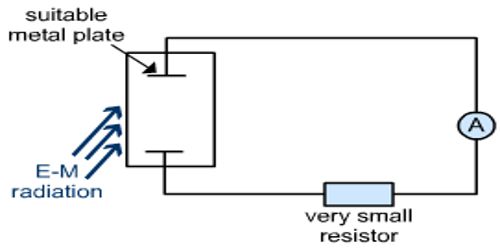 Stopping potential is negative potential enough to just stop the movement of electrons. The electrons are ejected from the one terminal when it is irradiated with light of enough energy that the electrons can overcome the “work function” and emerge from the surface with some kinetic energy.

These electrons will if placed near enough to a second terminal, move towards that terminal with the kinetic energy they gained from the light.

In order to stop these energetic electrons from reaching the 2nd terminal, it is made negative to repel them. The (negative) voltage that is required on this 2nd terminal to stop all these electrons is the stopping potential. It is that value of retarding potential difference between two plates which is just sufficient to halt the most energetic photoelectrons emitted.

Explain Pressure of a Fluid and Buoyancy