Home Geology Structure of the Earth: The Core 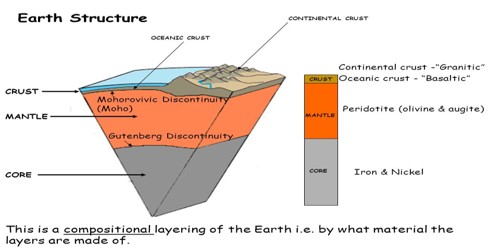 The earthquake wave velocities helped in understanding the existence of the core of the earth. It is the solid rock layer upon which we live. At the center of the Earth is the core, which has two parts. The outer core is a liquid because the temperatures there are sufficient to melt the iron-nickel alloy. However, the inner core is a solid even though its temperature is higher than the outer core.

The core-mantle boundary is located at the depth of 2,900 km. The solid, inner core of iron has a radius of about 760 miles (about 1,220 km). It is surrounded by a liquid, outer core composed of a nickel-iron alloy. The outer core is in the liquid state while the inner core is in the solid state. This is thought to cause Earth’s magnetic field. 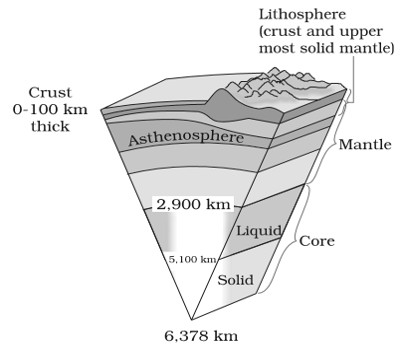 The density of material at the mantle-core boundary is around 5 g/cm3 and at the center of the earth at 6,300 km, the density value is around 13g/cm3. The core is made up of very heavy material typically constituted by nickel and iron. The core is earth’s source of interior heat because it contains radioactive materials which discharge heat as they break down into more steady substances. It is sometimes referred to as the nife layer.