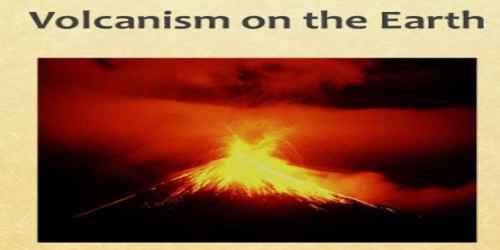 Volcanism includes the movement of molten rock (magma) onto or toward the earth’s surface and also the formation of many intrusive and extrusive volcanic forms.

Although it is best known on Earth, there is evidence that it has been important in the development of the other terrestrial planets—Mercury, Venus, and Mars—as well as some natural satellites such as Earth’s Moon and Jupiter’s moon Io.