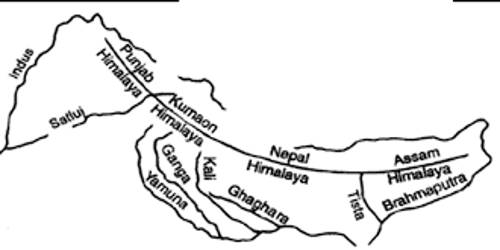 The Eastern Hills and Mountains

Eastern Hills and Mountains are part of the Himalayan mountain system having their general alignment from the north to the south direction. They are known by different local names. In the north, they are known as Patkai Bum, Naga Hills, the Manipur hills and in the south as Mizo or Lushai hills. These are low hills, inhabited by numerous tribal groups practising Jhum cultivation. 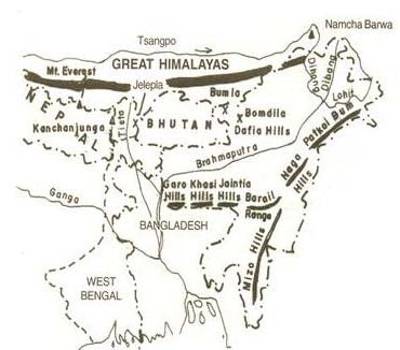 Most of these ranges are separated from each other by numerous small rivers. The Barak is an important river in Manipur and Mizoram. The physiography of Manipur is unique by the presence of a large lake known as ‘Loktak’ lake at the center, surrounded by mountains from all sides. Mizoram which is also known as the ‘Molasses basin’ which is made up of soft unconsolidated deposits. Most of the rivers in Nagaland form the tributary of the Brahmaputra. While two rivers of Mizoram and Manipur are the tributaries of the Barak river, which in turn is the tributary of Meghna, the rivers in the eastern part of Manipur are the tributaries of Chindwin, which in turn is a tributary of the Irrawaddy of Myanmar.