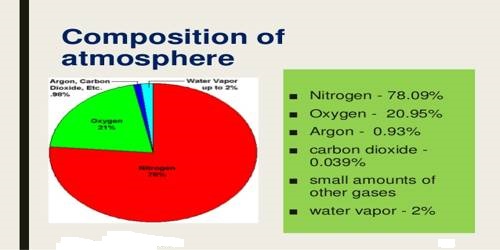 The table shows details of various gases in the air, particularly in the lower atmosphere. The proportion of gases changes in the higher layers of the atmosphere in such a way that oxygen will be almost in negligible quantity at the height of 120 km. Similarly, carbon dioxide and water vapor are found only up to 90 km from the surface of the earth. 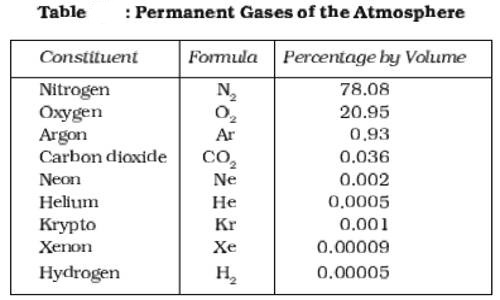 The atmosphere is composed of a combination of some dissimilar gases in differing amounts. The eternal gases whose percentages do not transform from day to day are nitrogen, oxygen, and argon. Nitrogen accounts for 78% of the atmosphere, oxygen 21%, and argon 0.9%. Gases like carbon dioxide, nitrous oxides, methane, and ozone are trace gases that account for about a tenth of one percent of the atmosphere.