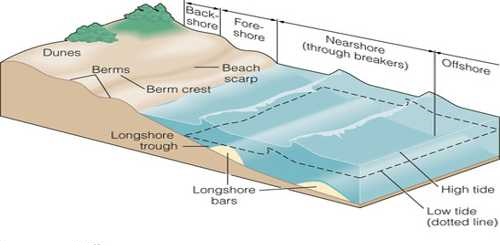 Along with low sedimentary coasts, the rivers appear to extend their length by building coastal plains and deltas. The coastline appears smooth with occasional incursions of water in the form of lagoons and tidal creeks. The land slopes gently into the water. Marshes and swamps may abound along the coasts. Depositional features dominate. When waves break over a gently sloping sedimentary coast, the bottom sediments get churned and move readily building bars, barrier bars, spits, and lagoons. Lagoons would eventually turn into a swamp which would subsequently turn into a coastal plain. The maintenance of these depositional features depends upon the steady supply of materials. 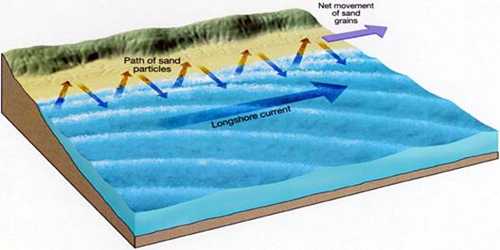 Oxidation and Reduction in Weathering