Home Accounting What is Bank Overdraft? 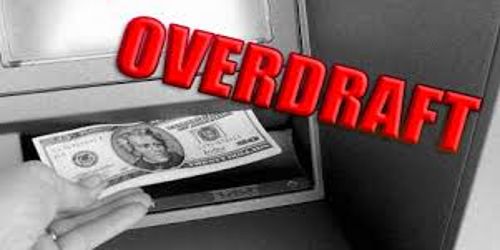 Bank overdraft is an amount drawn over and above the definite balance kept in the bank account. It is happen when an individual or company takes out more from an account and the balance drops below the allowed amount by the financial institution.

This facility is presented only to the current account holders. Interest will be charged for the amount overdrawn i.e., overdraft. The Cash book will show a credit balance i.e., unfavourable balance. The pass book will show a debit balance.

However it is significant to realize that a bank overdraft is fundamentally a short-term basis of finance designed to cover temporary shortages of cash. If a business finds itself using the costly overdraft month after month, then it ought to regard as whether a cheaper, long-term bank loan would be a further appropriate basis of finance.

For example, a business may find that it expects to have a cash shortfall of $5,000 during a month as a result of paying wages and suppliers. If the bank allows it, the overdraft facility can be used to temporarily “borrow” the cash from the bank.

Definition of accounting or accountancy

Application of Computer in Accounts