Home Business What is Motion in Business Meeting? 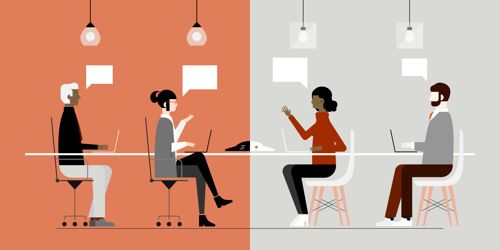 Motion is a proposal that is formally put before a meeting for discussion and decision. It is proposal on a specific issue, put for debate and voting under formal parliamentary procedure. When the session of a meeting starts, the chairman generally takes up the agenda items one after another and places them before the meeting for discussion. In addition to the announced agenda, the chairman or any other participant can raise any proposition or proposal for discussion which is also known as motion. Generally, permission of the chairman is required for raising motions in the meeting. Some motions require special notice prior to meeting.

Motion is usually placed in writing so that it can be moved to the chairman. After proposing a motion by any member, the charlatan may consider it for discussion and voting. Through discussion in the house, a motion may be passed with or without amendments, or it may be rejected. When a motion is passed, it is called a resolution. Therefore, a motion may be called ‘proposal resolution’.

According to the general practice:

(1) one member proposes/makes one motion (an idea or a thought. which needs to be passed for its implementation)

(3) other members either vote for or against it either by show of hands or by a Poll.

There are four Basic Types of Motions:

Main Motions: The reason of a key motion is to initiate items to the membership for their consideration. They cannot be made when any other motion is on the floor, and yield to privileged, subsidiary, and incidental motions.

Subsidiary Motions: Their reason is to modify or affect how a main motion is handled, and is voted on before a key motion.

Privileged Motions: Their reason is to bring up items that are urgent about special or important matters unrelated to pending business.

Incidental Motions: Their reason is to provide a means of questioning process concerning other motions and must be considered before the other motion.

Cause of Drafting Complaint Letter

Which Factors to be considered in drafting Appointment Letter?

The process of analyzing the External Environment