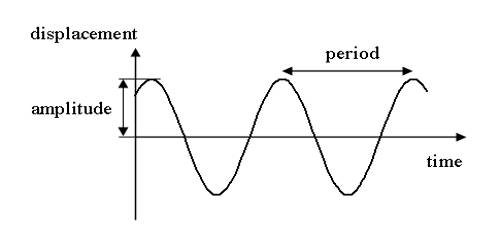 If the acceleration of an oscillating particle is proportional to distance from its equilibrium position and always towards the equilibrium position, then that motion of the particle is called simple harmonic motion. Its function is one which is always related to the smoothest circular motion or its projections where all its higher integrals and derivatives have a comparable smooth function each oriented by 90 degrees with respect to one another.

(i) A restoring force must act on the body. It is a special type of force acting on a particle having simple harmonic motion.

(iv) The system must have inertia (mass). The body must be elastic. The frictional forces are small enough to be ignored.

(v) Direction of force in this type of motion is linear. It is a particular case of periodic motion. It is a motion along a straight line.

(vi) It is a type of oscillatory motion. It must consist of an ample amount restoring force to pull it back after deformation.

Simple Harmonic Motion (SHM) is a restoring force that must act on the body. The body moves back and forth with respect to a mean position. The body must have acceleration in a direction opposite to the displacement and the acceleration must be directly proportional to displacement. The body returns to a given point in the path with the same velocity after regular intervals of time. The force acting on the body always tries to bring it back to its equilibrium position.

Determination of Height of a Mountain by Simple Pendulum