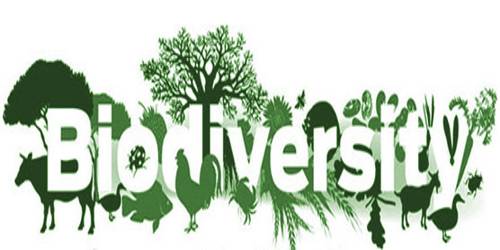 Species of many kinds perform some function or the other in an ecosystem. Nothing in an ecosystem evolves and sustains without any reason. That means every organism, besides extracting its needs, also contributes something of use to other organisms. Can you think of the way we, humans contribute to the sustenance of ecosystems?

Biodiversity is a system in constant evolution, from a viewpoint of species, as well as from viewpoint of an individual organism. Before the advent of humans, our earth supported more biodiversity than in any other period. Since, the emergence of humans, however, it has begun a rapid decline, with one species after another bearing the brunt of extinction due to overuse.

Biodiversity is the variability among living organisms from all sources, terrestrial, marine and other aquatic ecosystems, and the ecological complexes of which they are apart. Coral reefs are one of the most genetically and species diverse ecosystems on Earth. For example, A larger number of plant species means a greater variety of crops. Greater species diversity ensures natural sustainability for all life forms.

Biodiversity boosts ecosystem productivity where each species, no matter how small, all have an important role to play. Species capture and store energy, produce and decompose organic materials, help to cycle water and nutrients throughout the ecosystem, fix atmospheric gases and help regulate the climate. These functions are important for ecosystem function and human survival. The more diverse an ecosystem, better are the chances for the species to survive through adversities and attacks, and consequently, is more productive. Hence, the loss of species would decrease the ability of the system to maintain itself. Just like a species with a high genetic diversity, an ecosystem with high biodiversity may have a greater chance of adapting to environmental change. In other words, the more the variety of species in an ecosystem, the more stable the ecosystem is likely to be.