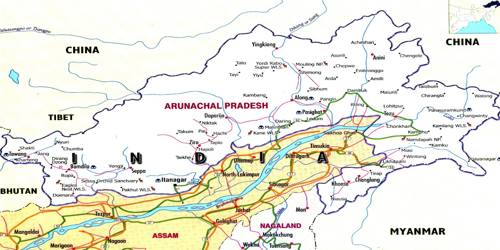 Broadly the Indian Himalaya consists of Arunachal, Sikkim, Uttarakhand, Himachal, Jammu & Kashmir and Eastern Karakoram. These extend from the cast of the Bhutan Himalayas up to the Diphu pass in the east. The general direction of the mountain range is from southwest to northeast. Some of the important mountain peaks of the region are Kangtu and Namcha Barwa. These ranges are dissected by fast-flowing rivers from the north to the south, forming deep gorges. The Brahmaputra flows through a deep gorge after crossing Namcha Barwa. Some of the important rivers are the Kameng, the Subansiri, the Dihang, the Dibang and the Lohit. There are several high peaks like Gyala Peri (7150 m), Kangto (7090 m) and Nyegi Kangsang (7047 m), not many of which have been climbed from the Indian side. These are perennial with the high rate of fall, thus, having the highest hydroelectric power potential in the country. 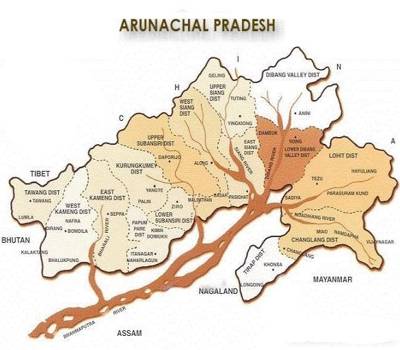 An important aspect of the Arunachal Himalayas is the numerous ethnic tribal communities inhabiting in these areas. Some of the prominent ones from west to cast are the Monpa, Daffla, Abor, Mishmi, Nishi and the Nagas. Most of these communities practise Jhumming. It is also known as shifting or slash and burn cultivation. This region is rich in biodiversity which has been preserved by the indigenous communities. Due to rugged topography, the inter-valley transportation linkages are nominal. Hence, most of the interactions are carried through the duar region along the Arunachal-Assam border.