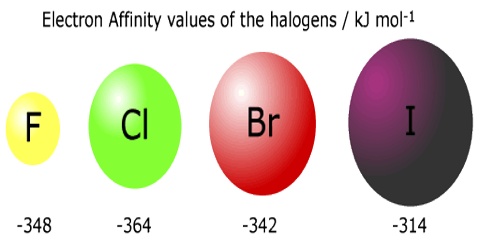 This happens because an atom like chlorine can attain a stable noble gas configuration by acquiring an electron. To describe this phenomenon a term electron affinity is defined as below:

As mentioned this process is exothermic. For oxygen the equation is written as;