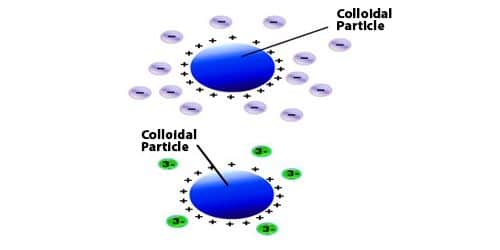 In a sentence this rule state as “Greater is the valency of the oppositely charged ion of the electrolyte being added, the faster is the coagulation”.

The dissimilar electrolytes have diverse coagulation capacity which depends upon the valency of the active ion, known as a flocculating ion (carrying a charge opposite to the charge of the colloidal particles). 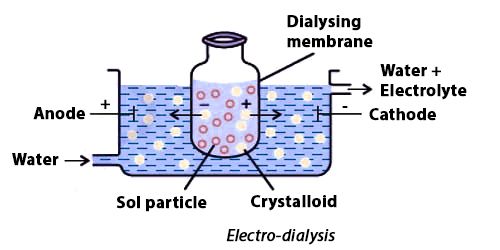 This law takes into contemplation only the charge carried by an ion, not its size. The lesser the size of an ion, the more will be its polarizing control. Thus, Hardy-Schulze law can be modified in terms of the polarizing power of the flocculating ion. Thus, the modified Hardy-Schulze law can be stated as ‘the greater the polarizing power of the flocculating ion added, the greater is its power to cause precipitation.’