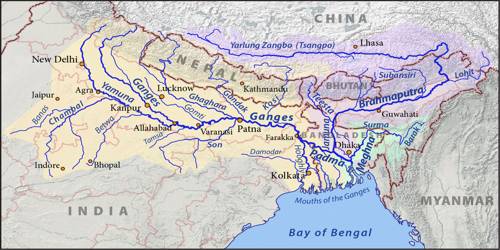 The third geological division of India comprises the plains formed by the river Indus, the Ganga, and the Brahmaputra. Originally, it was a geo-synclinal depression that attained its maximum development during the third phase of the Himalayan mountain formation approximately about 64 million years ago. Since then, it has been gradually filled by the sediments brought by the Himalayan and Peninsular rivers. An average depth of alluvial deposits in these plains ranges from 1,000-2.000 m. It is evident from the above discussion that there are significant variations among the different regions of India in terms of their geological structure, which has a far-reaching impact upon other related aspects. Variations in the physiographic and relief are important among these. The relief and physiographic of India has been greatly influenced by the geological and geomorphologic processes active in the Indian subcontinent. The region contains the subcontinent’s richest and most densely populated areas. 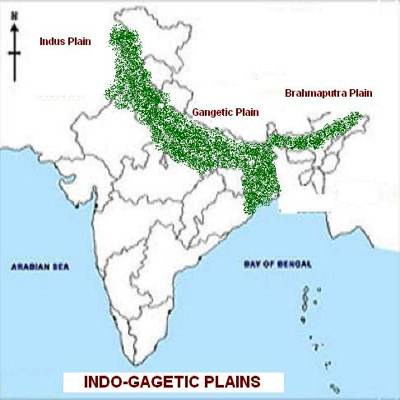 Great Plains of India is also called the Indus-Ganga-Brahmaputra plains. Indo-Gangetic Plain is the extensive north-central section of the Indian subcontinent, stretching westward from the combined delta of the Brahmaputra River valley and the Ganges River to the Indus River valley. It extends for a distance of about 3200 km and the width of this plain varies from 150 km to 300 km. The plain was formed as a result of the filling of marine depressions by detrital materials brought by water. Plains were formed after the upliftment of Himalayas. Majority of this plain consists of Alluvial soils.

Significance of the Plain