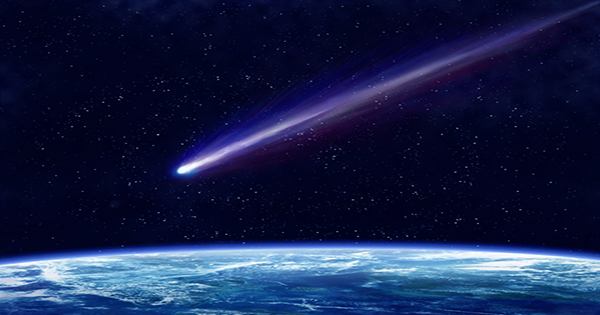 Despite the amazing achievements of both old and modern space telescopes, the great bulk of astronomy is done on the ground. Scientists, stakeholders, and people who simply like the night sky have expressed worry about the growing number of satellites in low-earth orbit. Astronomers have now calculated the impact of these events on photos taken by the Zwicky Transient Facility (ZTF), which is based at Caltech’s Palomar Observatory in San Diego.

The findings, which focus on SpaceX’s StarLink, were published in The Astrophysical Journal Letters. At dawn and dusk, these satellites reflect sunlight, sparkling and leaving streaks in the photographs – nearly one in every five images obtained at twilight shows satellite streaks. These observations are mostly used to detect asteroids in the Near-Earth Orbit.

Elon Musk’s SpaceX has been working on a network of satellites to provide global internet access for the past few years. The mega constellation now has roughly 1,800 satellites and serves 24 of the world’s almost 200 countries with internet access. Musk estimates 10,000 satellites in orbit by 2027, which means satellite streaks will appear in nearly all ZTF twilight photos. “In 2019, 0.5 percent of twilight photographs were damaged, and now nearly 20% are affected,” said lead author Dr. Przemek Mróz of Poland’s University of Warsaw in a statement.

“We don’t expect Starlink satellites to interfere with non-twilight photos, but if other firms’ satellite constellations move into higher orbits, this could pose an issue for non-twilight observations,” says the company. The satellites currently affect around 0.1 percent of the pixels in photographs taken at dusk. Software solutions, according to astronomers, could aid in a variety of ways, including avoiding satellites in views, determining which observations were damaged, and even masking or decreasing the bad impacts.

Some commentators on the internet have suggested that developing such software should not be left to publicly financed organizations. After all, a private firm controlled by the world’s richest man – who became even wealthier during the pandemic – so he should be the one to solve it, caused the problem. The visors that SpaceX has been using on its satellites have proven a successful solution. The adjustment, which began in 2020, was successful in reducing their brightness by 4.6 times, which is less than what can be seen with the naked eye but still too bright by astronomers’ standards.

The team emphasizes that this is a ZTC-specific issue. They anticipated having a greater impact on more sensitive instruments, such as the planned Vera C. Rubin Observatory in Chile. Which currently under construction, these megaconstellations have a considerable impact on astronomy and space exploration. The Director-General of the European Space Agency acknowledged that due to the existence of StarLink satellites, a few minutes of the 30-minute launch window for JWST were not useable. According to the Chinese National Space Agency, satellites have strayed too close to Tiangong, the Chinese Space Station, twice.