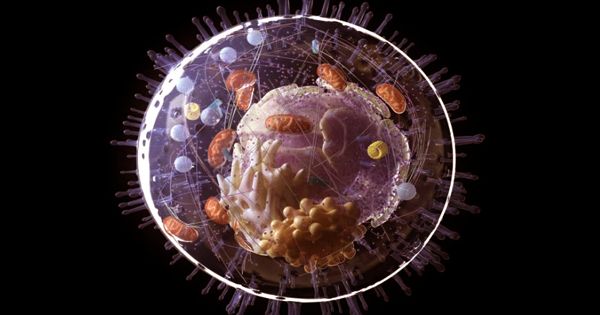 Cell lines injected with free nucleic acid are commonly used for drug development and disease modeling. In order to prevent genetically mixed cell populations, researchers use dilution strategies to pick single cells that can then produce similar lines. However, the dilution reduction path is time-consuming and time-consuming. A recent analysis by Northwestern researchers shows how Nanofountain Probe Electroporation (NFP-E), a technique that transports molecules into single cells, could solve this problem and lead to new applications for drug detection and the design of patient-specific treatment courses.

The team, led by Northwestern Engineering’s Horacio Espinosa, including Joshua Leonard, shows the functionality of NFP-E, which incorporates DNA or RNA into cells using electricity. It may also supply proteins and plasmids to a number of animal and human cell types with dose regulation. The team included John Kessler, Ken and Ruth Davee, Professor of Stem Cell Biology, and Professor of Neurology and Pharmacology at the Feinberg School of Medicine at Northwestern University.

The new approach can be used for the study of cancer or cell therapy. The gene is regulated in the former. Gene editing happens in cells such as T-cells to treat cancer with immunotherapy. By using single-cell electroporation, the mechanism of inserting DNA or RNA into single cells using an electrical pulse that temporarily creates pores in the cell membrane, their work reveals how NFP-E achieves fine control over the relative expression of two co-transfected plasmids. In addition, by coupling single-cell electroporation with time-lapse fluorescent imaging, their investigation shows characteristic times for electro-pore closure.

“We demonstrated the potential of the NFP-E technology in manipulating a variety of cell types with stoichiometric control of molecular cargo that can be used for conducting a wide range of studies in drug screening, cell therapies, and synthetic biology,” said Espinosa, James N. And Nancy J. Farley Professor of Manufacturing and Entrepreneurship and Professor of Mechanical Engineering and (by courtesy) Biomedical Engineering and Civil and Environmental Engineering.

Biomolecules can currently be transmitted to cells in a number of ways: viral vectors; chemical carriers, such as cell-penetrating peptides and polymer nanocapsules; lipofectamine and bulk electroporation.

“There exist a number of strategies for delivering biomolecules into cells, but each has its limitations,” said Leonard, associate professor of chemical and biological engineering, and Professor of Teaching Excellence Charles Deering McCormick. “For example, chemical carriers impart comparatively slow transmission and can be harmful to the cell; viral vectors are often effective but may cause adverse immune responses and insertive genotoxicity. Use of any traditional method often requires substantial effort to optimize the protocol depending on the cell type and molecule to be delivered, and, therefore, a readily generalizable biomolecule delivery strategy would offer some meaningful advantages.”

The new NFP-E method allows single-cell transmission of DNA, RNA, and proteins to various immortalized cell lines as well as primary cells with more than 95% quality and more than 90% cell viability.

“The results indicate that the cell membrane resealing time scales non-linearly with the pulse voltage and the number of electroporation pulses, reaching a maximum at intermediate values,” Espinosa said. “That means long pulsing times or high voltages appear not to be necessary for efficient molecular transport across cell membranes. That feature is important in obtaining high transport efficiency while keeping cell toxicity to a minimum.”

Using single-cell electroporation technology, researchers have been able to understand the transport pathways involved in localized electroporation-based cell sampling. One barrier to non-destructive time single-cell sampling is the tiny volumes of cytosol-the fluid within cells-that are collected, making it impossible to test or identify RNA sequences or proteins.

Analysis has shown that the scaling of the membrane resealing time is a function of different electroporation parameters, giving insight into the post-pulse electropop dynamics. “The work addresses the need to understand ways to increase the cytosol-sampled amount, without adversely affecting cells,” Espinosa said. “That can guide the research community in designing experiments aimed at an electroporation-based sampling of intracellular molecules for temporal cell analysis.”

This study is linked to previous work that has established a minimally invasive sample cell approach that can be replicated several times. The earlier investigation, which used electrical pulses to remove enzymes from cytosols, helped to explain the kinetics of pore-forming and closure.