Member of this phylum shows a great variety in structural organization, habit and habitat. Most of the members have shells. They are marines and some occur in a hilly region and in a forest or in the plain land. Mollusca is one of the most diverse groups of animals on the planet, with at least 50,000 living species. Some species live in different types of freshwater, e.g. snail, octopus, and bivalve.

Mollusca is a clade of organisms that all have soft bodies which typically have a “head” and a “foot” region. Often their bodies are covered by a hard exoskeleton, as in the shells of snails and clams or the plates of chitons. 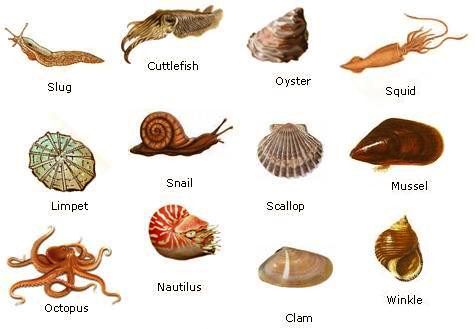 Fig: Some examples of Phylum Mollusca