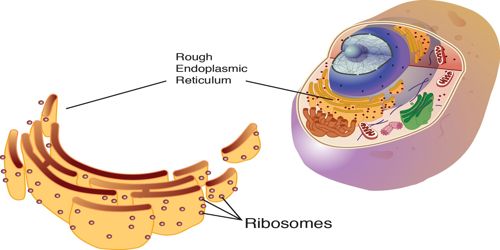 Ribosomes are little spherical /granular organelle. The ribosome is a multipart molecule made of ribosomal RNA molecules and proteins that form a factory for protein synthesis in cells. They might happen liberally in the cytoplasm and may be attached on the outer wall of endoplasmic reticulum.

Structure: These are round and surrounded by double layered membrane. Generally they are made by protein. 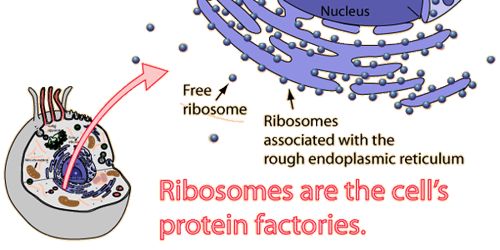 Function: In ribosome various amino acids are combined to synthesize protein. Ribosomes are a cell structure that makes protein. Protein is required for many cell functions such as repairing damage or directing chemical procedures. Ribosomes can be found floating within the cytoplasm or attached to the endoplasmic reticulum.