Home Literature Short Story: Who is happy the Peacock and the Crow

The craws are ugly to look at. So they are unhappy. They want to be beautiful. But how! Once a crow got a chance to be beautiful. One day, the crow found some beautiful feathers of a peacock in a jungle. He became very glad. He took the feathers one by one and stuck them in among his own feathers. He looked at himself and became glad and proud because he was no longer ugly like other crows. So he made up his mind to go to the peacocks and live with them. Seeing him, the peacocks understood that he was a crow in the guise of a peacock They attacked him, pulled out the leathers and drove him away. When he returned to the crows. they also drove turn away. The crow realized his fault and promised he would never be false or over ambitious. 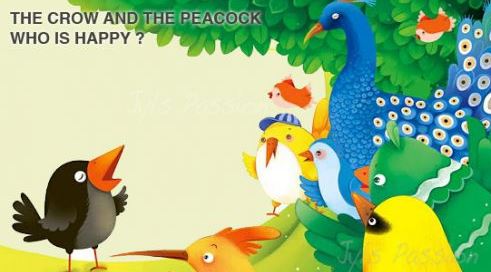 Moral: We make unnecessary comparison with others and become sad. We don’t value what God has given us.

A Short Note on Othello

Moral Story: The cunning fox and the foolish crocodile