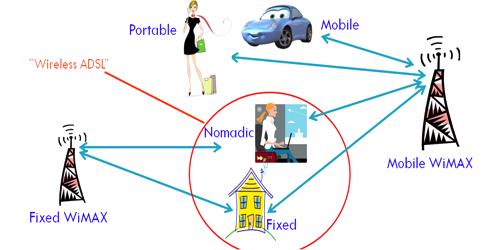 WiMAX (Worldwide Interoperability for Microwave Access) is a wireless industry coalition dedicated to the advancement of IEEE 802.16 standards for broadband wireless access (BWA) networks. It is a technology standard for long-range wireless networking, for both mobile and fixed connections.

WiMAX supports mobile, nomadic and fixed wireless applications. A mobile user, in this context, is someone in transit, such as a commuter on a train. A nomadic, a user is one that connects on a portable device but does so only while stationary – for example; connecting to an office network from a hotel room and then again from a coffee shop. Fixed wireless typically refers to wireless connectivity among non-mobile devices in homes or businesses. WiMAX equipment exists in two basic forms: base stations, installed by service providers to deploy the technology in a coverage area; and receivers, installed in clients. 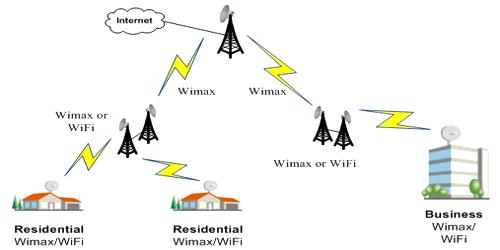 According to the WiMAX forum, the group’s aim is to promote and certify compatibility and interoperability of devices based on the 802.16 specifications and to develop such devices for the marketplace. WiMAX is expected to provide about 10-megabits per second of upload and download, at a distance of 10 kilometers from a base station. The Forum says that over 455 WiMAX networks have been deployed in over 135 countries. WiMAX is competing with the 3rd Generation Partnership Project (3GPP)’s Long-Term Evolution (LTE) in the 4G market.

Which Factors should be contained in Circular Letter?