You are here: Home Biology Difference between Prophase of Mitosis and Prophase-1 of Meiosis

Metaphase is the third phase of mitosis, the process that separates duplicated genetic material carried in the nucleus of a parent cell into two identical daughter cells. Metaphase-1 of meioses are the pairs of chromosomes (bivalents) become arranged on the metaphase plate and are attached to the now fully formed meiotic spindle. The homologous chromosomes pair together in prophase 1 of meiosis, but they do not throughout prophase 1 of mitosis. 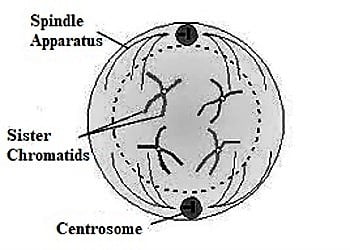 Comparatively short phase. At the onset of prophase, proteins related with the DNA are activated, and the DNA winds around them and bundles in dense shapes. Under a microscope, this stage can be seen as a darkening of different places in the nucleus. 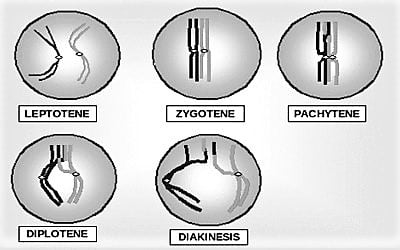 At the start of prophase I, the chromosomes have already duplicated. During prophase I, they coil and become shorter and thicker and visible under the light microscope.