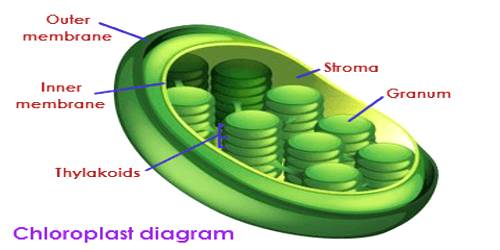 Chloroplast: They possess green pigments named chlorophyll in surplus as an effect they are green. Other pigments are also present to some extent. Every cell might contain one or more chloroplast. In higher plants the shapes of the chloroplast are lanceolate. In Algal cells, their shapes are of various types, e.g. cup-shaped, spiral, reticulate, star-shaped, semicircular etc. Animal cells do not have chloroplasts. Chloroplasts work to convert light energy of the Sun into sugars that can be used by cells. 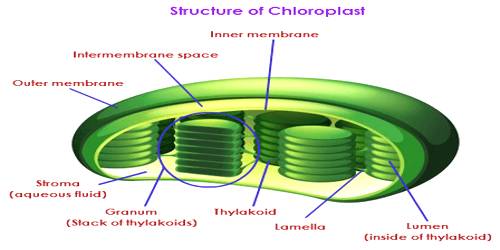 Function: Its function is to arrange carbohydrate food by the procedure photosynthesis. Chloroplasts work to convert light energy of the Sun into sugars that can be used by cells. The entire procedure is called photosynthesis and it all depends on the little green chlorophyll molecules in each chloroplast.