Home Literature A Short Story of Lion and Mouse

Once a lion was sleeping in a cave. At that time, a mouse fell upon its body while playing. The lion caught the mouse and it began to tremble with fear. The mouse said, “Let me go now; sooner or later. I may help you.” The lion laughed and said. “O you! Are you suitable to help me?” After someday, the lion fell into a trap and was crying. Listening this, the mouse came swiftly and found the lion in a trap. The mouse remembered his promise and cut the net into pieces and let the lion come out. “Many thanks to you. You have saved my life.” said the lion. While coming out of the net, the lion said. “It is a great lesson for me.” The lion also said. “You are small in size but really worthy.” The mouse was proud of saving the lion. From then the lion became kindhearted even to the tiny creatures. In fact, the strong or mighty one is also dependent on the weak one.

Moral: A good act gets its return. Another, moral of this story is “Never under-estimate anyone”. 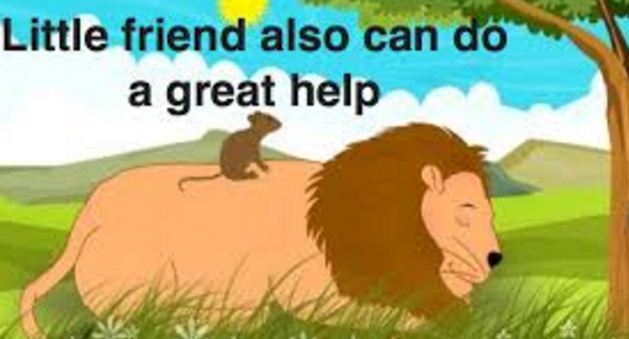 Short Story of The Fox Without Tail