You are here: Home Biology Explain Archegonium or Female Reproductive Organ of Moss

(i) Archegonia, remaining at the tip of the plant are surrounded by perichaetial leaves and paraphyses

(iii) Some cells are arranged in a row, within the neck, called neck canal cells

(iv) There are two cells in the venter of which the upper, smaller one is called venter canal cell and the lower larger cell is called the ovum(n). 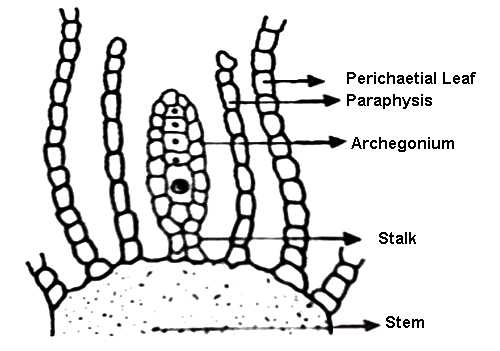